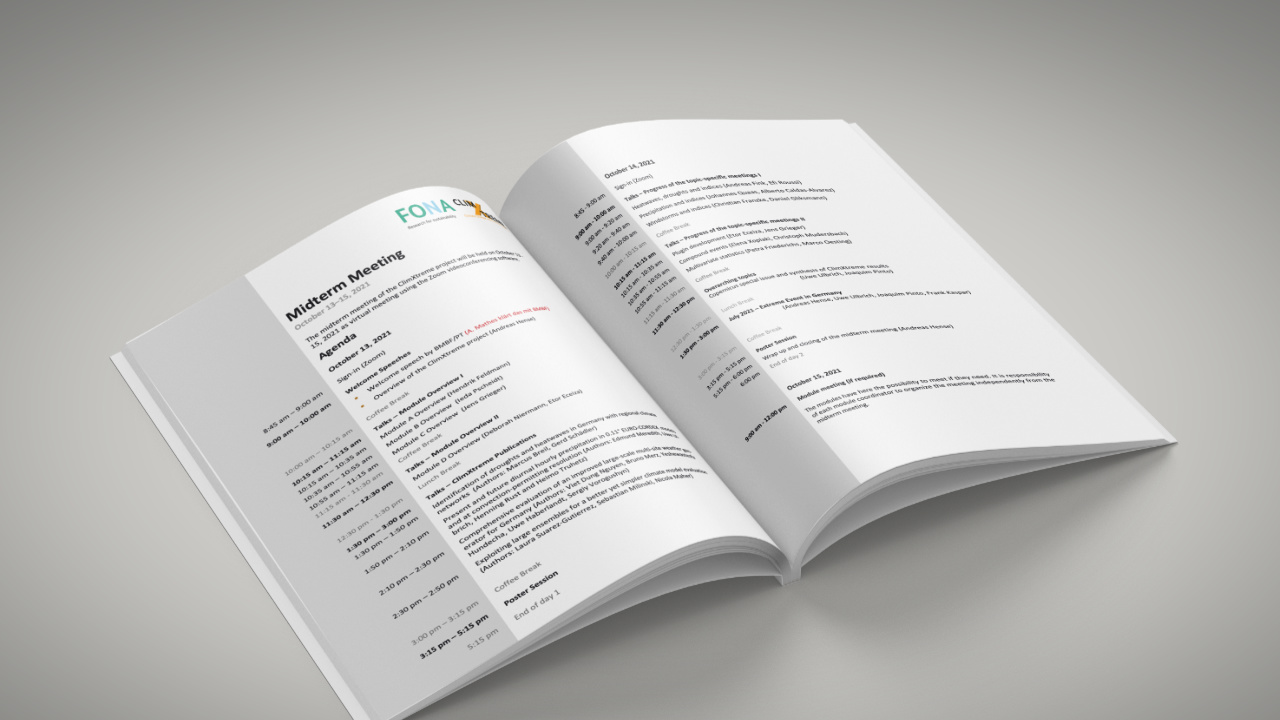 On October 13 and 14, 2021, the climXtreme Midterm Meeting took place as another virtual event…

Among project members, steering group, members of the DLR-Projektträger (PT), members of the Scientific Advisory Board (SAB) and members of the initiative “Contact to Climate Research” (Begleitgruppe), about 100 people participated in the meeting. The Midterm Meeting consisted of overview talks, poster sessions, presentation of the first publications, talks on the progress of the topic-specific meetings and a discussion session on the July 2021 extreme flood event and the role of ClimXtreme in the occurrence of future events. The aim of the ClimXtreme project is to provide sound answers to the two following questions:

At this point many sub-projects were able to provide first statements to these questions.

The joint output of ClimXtreme will be published in an inter-journal special issue of the EGU/Copernicus journals under the title Past and future European atmospheric extreme events under climate change with Natural Hazards and Earth System Sciences (NHESS) as the lead journal. The steering group expects ClimXtreme to submit 30 manuscripts. The discussion session about the flood events in Germany in July 2021 started by three talks given by research groups, which have been involved in the investigation of the recent event in different task forces. A statement about the flood event has been published (in German) on the ClimXtreme webpage.

The main conclusions from this 2-day meeting are:

The Federal Ministry of Education and Research (BMBF) is funding this project within the framework of the Strategy „Research for Sustainability" .